At the end of last March, a buzz started in the technology world. A report in The Wall Street Journal reveals Microsoft’s interest in buying popular social media Discord. According to the report, Microsoft executives are trying to complete a deal with Discord. It has become Microsoft’s latest target after failing to buy TickTock and Pinterest. Although TickTock, Pinterest and Discord are three different types of companies, they have one thing in common, Microsoft is mainly interested in that. That is, they are all sources of a huge number of content creators and communities.

Microsoft wants to spend huge sums of money on these services, as they have no large consumer community outside of Xbox, as do their competitors in other large technology companies. After buying YouTube, Google has made it the largest video platform in the world. On the other hand, Amazon has dominated the streaming service since buying the Twitch. Facebook bought Instagram and WhatsApp. Now they can be said to be exercising authority through social media. There is a huge market for laptops and smartphones, starting from Apple’s App Store. With Discord, Microsoft wants to get 140 million active users, a growing number.

In an interview with Bloomberg, Satya Nadela, CEO of Microsoft, emphasized the importance of the community. In his first year as CEO, he focused on content creators and the community. Microsoft’s current market value is about ২ 2 trillion. This huge amount of money they are trying to gain dominance in various fields by buying other potential companies. One such major acquisition was the Mozang Company, the studio that built the popular Minecraft game. Minecraft has more than 131 million subscribers. Later, led by Nadela, Microsoft bought LinkedIn and GitHub for ৬ 26.2 billion and ৭ 8.5 billion, respectively. One big reason behind buying GitHub was to dominate the developers community. LinkedIn, on the other hand, connects Microsoft to the business community.

Microsoft has bolstered its gaming business by buying Genimax Media for 7.5 billion last year. Genimax Media is the parent company of Bethesda Software, the publisher of popular video game series such as The Elder Scrolls, Fallout, Doom.

It is clear that Microsoft is looking for more such community-based platforms. After Nadela became CEO, Microsoft bought a streaming service called Beam and released it as a new brand called Mixer. With Twitch it could not survive the competition, as it had a much smaller number of users. Failing that, they shut down the mixer last year. As a result, many mixer streamers have joined Facebook gaming.

Discord has the potential to become a source of a large and active community for Microsoft. While it is primarily a means of communication for gamers, it is also an excellent platform for chatting with friends. The number of users other than gamers has increased since the epidemic began last year. Currently, Discord has 7.6 million active servers per day. Eighty-five percent of them are outside the North American continent. It is used for online movie night, streamed games. Again, users play games together. Discord stands as the main means of chatting and chatting with friends while playing games.

Discord is primarily an online platform, where you can hang out or chat with friends and different communities. Here text chat, voice chat, video chat can be done simultaneously and it can be connected seamlessly between phone and computer. At the same time, games, homework and even online book clubs, karaoke nights are organized here.

Discord has some more features that are quite different from other social media. People can do different things by leaving the Discord app in the background. For example, if someone listens to a song on Spotify, the name of the song will appear next to his name and others will see it. In this way, the name of the game can be seen. This matter brings a fluency to start the conversation. The whole experience with adding a voice channel is that the user can hang out with a friend from anywhere. Suppose two friends are having an audio chat on a voice channel, a third one came and saw it and easily got in there. Just like chatting in a tea shop or a dorm room is a smooth affair, that’s exactly what Discord has brought to the virtual world.

Another thing about Discord is that no ads are aired here, as seen on YouTube, Facebook or Twitter. This is attracting a large number of people. Discord’s CEO says they value people’s privacy. When it comes to advertising, they need to look at people’s messages or audio chats and it doesn’t match their company’s philosophy. Their profit comes through the sale of various premium services.

We do not scan peoples’ messages. We do not read them. However, Discord does not have end-to-end encryption. So if you break our community guidelines, we will go investigate. And if we do find that you are doing that, we will ban you, so that we take privacy very seriously. But we also have a trade-off where we also take safety very seriously.

Community and content creator based platforms – this is not the only reason Microsoft is interested in Discord. Another ambition of the technology giant is that their cloud computing services will serve as the driving force behind Azure’s large public services. It’s a place where Microsoft lags far behind its rival Amazon Web Services. Discord, on the other hand, uses Google Cloud services. If they can connect Discord to Azure, they will be able to advance in the cloud competition at least a little bit.

Microsoft recently moved the Minecraft game from Amazon Web Services to Azure. The company removed the iOS version of Outlook from there long ago. Adding big platforms like Discord, TickTock or Pinterest to Azure will have a positive effect on the promotion and sales of this service by Microsoft.

There is a huge possibility of discord outside the cloud. Discord raised 100 million last year to attract people from outside the gaming community, such as the art community, sports networks, school clubs, etc., equally. Much like the way Microsoft is campaigning for teams for personal use. The company has focused on teams, failing to compete with Zoom with Skype.

There is another benefit to buying Microsoft’s Discord. Discord’s attachment to their gaming community Xbox will then become inevitable. Xbox chief Phil Spencer discussed the importance of discord long ago. They wanted to combine the mixer with the Xbox, but the mixer project failed.

Discussions have been going on for so long about what kind of possibilities Discord could open up to Microsoft. But, according to the latest report, Discord has come out of Microsoft’s proposal. The reason for this, analysts believe, is that Discord wants to keep its growth and make the shares public later. That is, like other large companies, they are willing to make their debut as public companies. For this reason it is very important to run the company as an independent. The report says that before the end of the negotiations, Microsoft was willing to spend more than ১০ 10 billion.

According to The Wall Street Journal, Discord now seeks to maintain its position as an independent company. TechCrunch reports that Discord has not completely moved away from the rights sale. The company will focus on its services for the time being. They recently hired a Chief Financial Officer to prepare themselves for the public offering.

Analysts believe that the most profitable thing for Discord is to be independent now. This is because when small companies are sold, the interest of the big company often does not match with the initial plan or the philosophy of the company. One such example is the purchase of Microsoft Skype. Although ১০ 10 billion is a very large number, Discord has its own very good plan. For example, they recently launched their own audio conferencing system, like the popular app Clubhouse. Which will bring a lot more functionality to the growing user, will also create interest.

Simply put, Discord is doing well enough without big companies like Microsoft and they have a strong potential to do better. 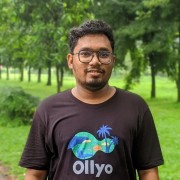 Fullstack Web Developer, Freelancer & Consultant. Loves PHP & JS. Big time fan of WordPress & JS. Coding is passion and profession and Photography is my hobby. I like to create something new and capture moments.